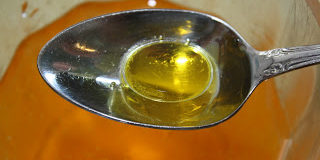 Work can feel like a succession of walls—we climb one only to discover the next; earnest effort alone can exhaust us without providing gratification, leaving us with regret for what we missed in overworking. On the play side, we may lose sight of our objectives, feel lost without a sense of purpose and contribution, and be left with regret as well. Yoga practice can help us remember to focus on our work but also lighten up and enjoy life.

A balanced practice happens at the intersection of polarities. The real challenge is to notice when you’ve moved too far in either direction and gently pull yourself back to the point of intersection, the point where work and play harmonize.

If you’re doing the Yoga Challenge this April, chances are you’ll be working harder than usual. To keep your practice in balance, please remember to allow yourself more pleasure and enjoyment along the way. Come early. Stay late. Take it all in. Enjoy your extra time at the studio, in good company, among balanced people who understand the joy of hard work and the purpose of play. Enjoy the extra time with your community. And remember this story –

A merchant sent his son to learn the Secret of Happiness from the wisest of men. The young man wandered through the desert for forty days until he reached a beautiful castle at the top of a mountain. There lived the sage that the young man was looking for.

However, instead of finding a holy man, our hero entered a room and saw a great deal of activity; merchants coming and going, people chatting in the corners, a small orchestra playing sweet melodies, and there was a table laden with the most delectable dishes of that part of the world.

The wise man talked to everybody, and the young man had to wait for two hours until it was time for his audience.

The Sage listened attentively to the reason for the boy’s visit, but told him that at that moment he did not have the time to explain to him the Secret of Happiness.

He suggested that the young man take a stroll around his palace and come back in two hours’ time.

“However, I want to ask you a favor,” he added, handling the boy a teaspoon, in which he poured two drops of oil. “While you walk, carry this spoon and don’t let the oil spill.”

The young man began to climb up and down the palace staircases, always keeping his eyes fixed on the spoon. At the end of two hours he returned to the presence of the wise man.

“So,” asked the sage, “did you see the Persian tapestries hanging in my dining room? Did you see the garden that the Master of Gardeners took ten years to create? Did you notice the beautiful parchments in my library?”

Embarrassed, the young man confessed that he had seen nothing. His only concern was not to spill the drops of oil that the wise man had entrusted to him.

“So, go back and see the wonders of my world,” said the wise man. “You can’t trust a man if you don’t know his house.”

Now more at ease, the young man took the spoon and strolled again through the palace, this time paying attention to all the works of art that hung from the ceiling and walls.
He saw the gardens, the mountains all around the palace, the delicacy of the flowers, the taste with which each work of art was placed in its niche. Returning to the sage, he reported in detail all that he had seen.

“But where are the two drops of oil that I entrusted to you?” asked the sage.

Looking down at the spoon, the young man realized that he had spilled the oil.

“Well, that is the only advice I have to give you,” said the sage of sages.
“The Secret of Happiness lies in looking at all the wonders of the world and never forgetting the two drops of oil in the spoon.”

from the book “The Alchemist”