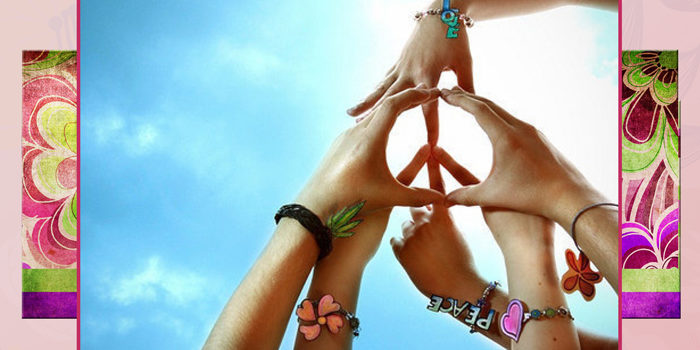 Dana Rivkin and Ivy Katz have co-taught Yoga Union’s previous Teen Yoga for Girls 10-week Class Series. The next one starts on January 14th, and you can sign up here.

Before heading to Costa Rica and handing this next series off to Ivy, Dana shared with Jenna Roberts about the joys of teaching yoga to teenagers.

How did you begin instructing Teen Yoga?

Yoga was a huge part of my life as I was working with teens as an outdoor educator. I realized that I could be blending the two, that both being outdoors and doing yoga were where I feel the most balance and peace and harmony. So, why not offer those benefits to teens as well?

The first time I taught teen’s yoga on a backpacking trip, we were on the Olympic Peninsula. I told the teens that they didn’t have to do anything in the class, but they needed to be respectful.

They sat and we started into our breath and I guided them with a meditation to try and let go of their thoughts and listen to the sounds around them. At the end, they all were just melting into the ground not wanting to move. One of the teen boys said, “When you told us to just let go of our thoughts and just breathe and listen, it was like the whole world opened. The birds were chirping and you could hear the ocean.” That’s always there for them.

What is the focus of Teen Yoga classes at Yoga Union?

Ivy Katz and I do a range of things with our teenage students. We’re introducing what yoga is with mindfulness, meditation, breathing, body awareness, playing games, and having fun. We’re just doing a range to teach teens to get into their bodies to connect with themselves, and then also to connect with those around them in their community and family.

I like working with teens for a couple of reasons. There’s a lot of energy in it. It makes you rise to be your best self, because you want to be a role model for a teenager.

Teens are such a huge part of our community. It’s awesome that Yoga Union wants to bring them in, because we don’t see teens as much in a yoga studio. They are the ones who are going to continue on caring for the planet and caring for each other.

It feels really good to work with teens in yoga and outdoors. It keeps you youthful and young. They are fun and it’s very real.

How are your Teen Yoga classes different than instructing adults?

The Teen Yoga classes have a bit more element of discussion. We try to get teens to discuss whatever our theme is for that week. It’s a little more casual. We want them to be empowered to use their voice in class or describe what they need. Whereas adults are welcome to express themselves verbally, they’re not as comfortable doing that as teenagers are. And there’s the game factor, I have yet to play a game in my adult class.

What are the challenges in yoga instructing with teenagers?

I think the first challenge is just getting out of my own way. I wish for them to have such an amazing experience with yoga. I want them to walk out of the room and feel good about themselves and what is around them.

Another challenge is in not knowing what’s going to happen. I’ll plan a Teen Yoga class, but they’re coming in from school and have all these things on their mind. I think it’s really hard for them to put that all aside for an hour and fifteen minutes and drop into that space.

Whereas adults maybe hide it a bit better, teens tend to show it on the surface, whether or not they’re sharing it. You can see it, and you know what they need. When the teen is laying in Savasana the whole time, that’s fine. I can still go over there and just ask how they’re doing, and that puts a smile on their face. So that’s awesome.

What’s the age range in the Teen Yoga class?

There’s been a big age range from 6th grade through high school. There’s a lot of experience difference there and they need different things. The older teen students need a more structured class, whereas the younger teens could use more games. I have noticed that they all have the drive and the desire to be there.

We welcome 12 and up, but if a younger pre-teen wanted to join, I think it’s open. It’s a guideline. The teen just needs to be able to be there on their own, and be in the room.

It’s only for girls right now. I would love to have a teen boys class. I had announced in a backpacking class that there was a yoga class for teen girls, and the teen boys said, “Well, what about us?”

I told them that if they really wanted a class, we could make it happen. When I’ve done yoga with teens on backpacking trips, both males and females enjoy it.

Any other thoughts on Teen Yoga?

I think that Yoga Union offering this Teen Yoga class is a great model for a wide range of classes. Yoga is not just for one type of person. Yoga is for anybody. It doesn’t matter who you are, yoga is accessible at any age and in any place. Whether it’s in a studio, your home, or outdoors, it’s something that we can all benefit from. So I’m really grateful that we can offer it to teenagers.

The next 10-week series starts on January 14th. Learn more and sign up your teenage girl for it here.

All The Really Cool Shit I Do – A Practical Valentines Day Love Poem
February 8, 2018