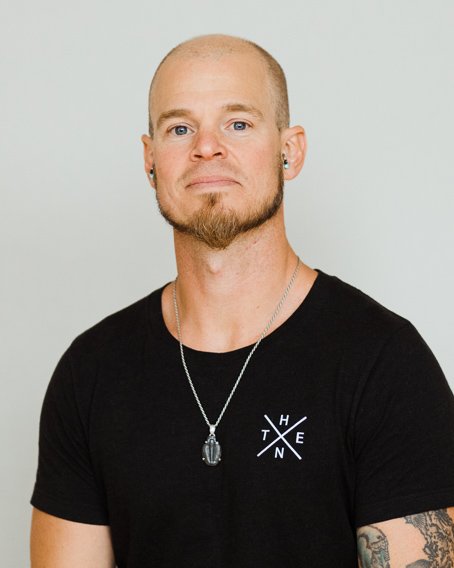 Todd is co-owner of Yoga Union Community Wellness Center. He is a certified Anusara Inspired teacher who also holds certifications in Vinyasa Yoga and expertise in Restorative yoga.

Todd’s yoga practice was born from his quest for relief from chronic low back pain. Shortly after, he moved to Portland to drum in a rock band and was immediately delivered to the Yoga Union. Among the community he met his first real yoga teacher, Annie Adamson. Years later the two lovers were offered ownership of the very place where they met, Yoga Union, and together they took a leap of faith, becoming Yoga Union studio owners.

Todd is forever grateful for his mentorship with Sianna Sherman, whom he studied extensively with including immersions, teacher trainings 1, 2, and 3, and countless classes, workshops, and therapeutics sessions. Todd largely attributes his poetic styling and playful use of heart-language to Sianna’s artistic guidance.

As a yoga teacher and leader, Todd’s ambitions stem from his love for nature and movement, as well as his commitment to facilitating connection in community.