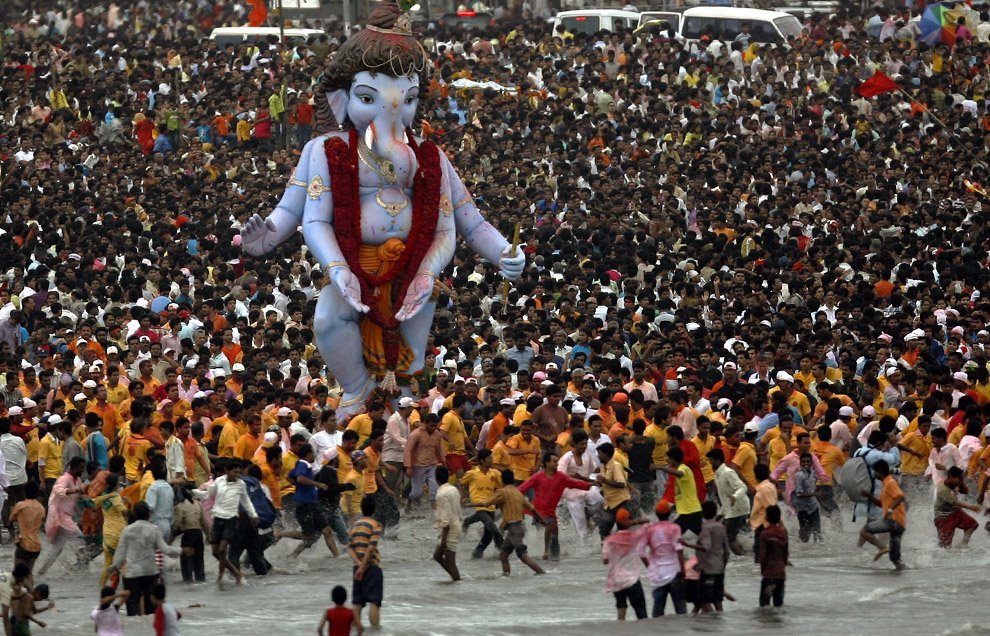 Ganesh Chaturthi, or Vinayaka Chaturthi, is the widely celebrated Hindu holiday honoring the birthday of the deity Ganesha. Ganesha (known by his elephant head), is one of the five primary deities of the Hindu pantheon: he is worshiped as the god of success and wisdom, often called the Lord of Beginnings and Lord of Obstacles, or Remover of Obstacles.

The festival of Ganesh Chaturthi lasts for ten days during the Hindu calendar month of Bhaadrapada (August-September), beginning on shukla chaturthi, the fourth day of the waxing moon, and ending on Anant Chaturdashi, the fourteenth day. Ganesha is believed to share his presence on earth throughout these ten days of celebration. This year the festival starts on September 11 and goes till the 21st. 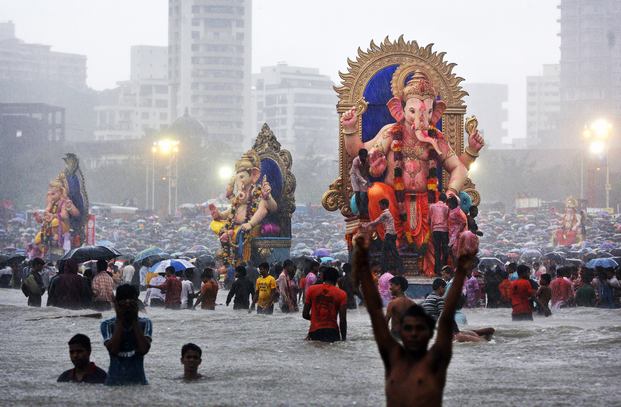 Ganesh Chaturthi begins with months of preparation, during which clay sculptures of Ganesha (ranging from inches tall to over 25 feet) are molded, painted, and lavishly decorated with paint, lights, and flower garlands. These sculptures are installed throughout homes and communities celebrating Ganesh Chaturthi world-wide. During the ten days of Ganesh Chaturthi, Ganesha is honored with offerings, traditional dishes such as modak (sweet dumplings), public celebrations of singing and artistic performance, and community gatherings promoting health and charity for the poor. On the final, eleventh, day of the celebration, the statues of Ganesha are taken from their pedestals and carried through the community to the nearest river, sea, or body of water. Here, the statues are immersed in the water in a symbolic ritual seeing Ganesha off as he returns home for another year, taking with him the troubles and misfortunes of his followers.

Why You Aren’t Good At “Holding Space”
September 24, 2019
We’re doing something we’ve never done before. We’re raising our prices.